The Battle of Tewkesbury Part 1 - or are we nearly there yet?

The irony for Richard Neville, Earl of Warwick is that on the day he was killed fighting for the Lancastrian cause at the Battle of Barnet (14th April 1471) Queen Marguerite and Prince Edouard whom he had been expecting since he exiled Edward IV in September 1470 finally land at Weymouth.

What if... must have been the thought in his followers’ minds as Edward IV rested in London and Marguerite panicked at the death of Warwick and loss at Barnet and threatened to return to France. Somehow Somerset and Devon – who had deserted Warwick to ride to meet her – persuaded her that without Warwick they were in fact stronger (yeah, right!) and so she finally agreed to risk the life of Lancaster’s heir and stay and fight. (This is the presumed reason why she would not allow Prince Edouard to sail to England sooner).

Jasper Tudor, Earl of Pembroke was still mustering men in Wales, something he had been doing since his commission of array of January 30th 1471 – another what if... for the Lancastrians to contemplate later.

The remaining Lancastrians began to muster as many men as they could against “Edwarde Earl of March the Kings greate Rebele our Enemy” as one surviving letter from Prince Edouard to John Daunt of Wotton-under-Edge Gloucestershire states. Marguerite and her party stayed in Exeter for about 2 weeks gathering men, a task made easier by Warwick’s previous efforts in Lancaster’s name. They then marched towards Glastonbury via Taunton and on to Wells. At Wells Marguerite’s army behaved badly (as she had allowed the Lancastrian army to do previously) and they sacked the Bishop’s Palace. The army then moved on to Bath which they reached on April 30th.

Edward IV meanwhile began to gather his forces too. He had already disbanded the men who had fought at Barnet, so had to begin almost from scratch. On April 19th he left London and went to Windsor – to keep the feast of St George (including the annual Garter ceremony) and muster his army. He stayed for almost a week, leaving on April 24th to play the cat-and-mouse game with the Lancastrians. Would they break for London via Salisbury, or would they head north to meet up with friends in Wales and then Lancashire and Cheshire?

Edward sent out spies to try and determine which course they would take; if they were to head for London he wanted to fight them as far away as possible from the city and if they were heading north he would naturally want to stop them joining up with either Tudor or their northern allies.
Marguerite sent out an advanced guard towards Shaftesbury and from there to Salisbury and another party from Wells to Bruton and Yeovil in order to try and convince Edward that the whole army was indeed heading for London. 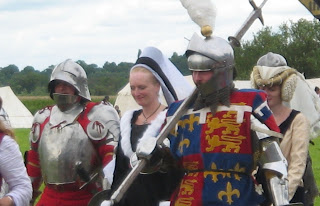 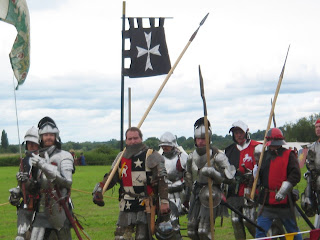 But Edward’s spies seemed to know that these were feints and when Edward set out from Windsor he headed north through Abingdon to Cirencester. He arrived in Cirencester on April 29th and waited. Hearing no news of Marguerite’s approach he advanced to Malmesbury and sent out spies to look for the Lancastrians.
Marguerite had not come further east but had gone west to Bristol, probably because she knew she would be welcomed and indeed she received “money, men and artilarye” and enjoyed and official reception from the recorder of the city. The Lancastrians then let it be known that they would march out on May 2nd to Sodbury Hill, about 12 miles north-east of Bristol and would there give battle. Skirmishers were sent out as far as Sodbury Town where they met advanced patrols of Edward’s army. They duly reported back and Edward advanced to Sodbury Hill to give battle, but the Lancastrians seemed to have vanished! Marguerite had constructed another feint to buy her time, realising with horror just how close to Edward she was! Her army marched out but as soon as possible turned towards Gloucester – the first possible crossing point on the River Severn. The Lancastrians camped at least part of the night at Berkeley after a march of around 23 miles. 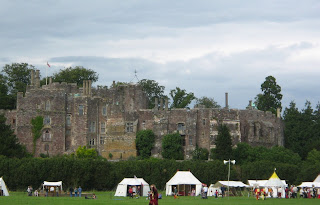 Edward was still waiting and it seemed that his spies were now unable to find the vanished enemy! At 3am on May 3rd Edward finally learned what had happened, he immediately called a council to decide how best to stop the Lancastrians crossing the Severn. He decided to send fast messengers to Richard Beauchamp (not THAT Richard Beauchamp) – this one was the son of Lord Beauchamp of Powick and Governor of the Town and Castle. 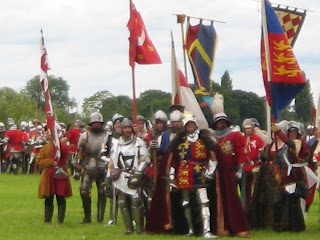 Edward warned him of the Lancastrian approach and ordered him to hold the town for the King, promising to come to his aid as soon as possible. The Lancastrians arrived about 10am having marched ~14 miles from Berkeley and found the gate barred to them. Marguerite threatened the town with assault but Beauchamp refused to let them in. Knowing how close Edward was they could not waste time on an assault and so had no choice but to head for the next crossing point on the Severn – Tewkesbury. Worse was to come however as Richard Beauchamp sallied out and assaulted the rear of her army capturing some of the guns she had risked going to Bristol to obtain.

From Gloucester the army took the lower road via Kingsholme, Sandhurst, Wainlode and Deerhurst to Lower Lode and up Lower Lode Lane. They reached Tewkesbury about 4pm on May 3rd There was a ferry at Lower Lode but there would not have been time for them to use this to cross before the arrival of the Yorkists. The river was probably only fordable at low water and could not have been at this time otherwise they would undoubtedly have crossed – the army was exhausted after having marched about 50 miles in the last 36 hours with only one short rest.
The Lancastrians camped south of the town. There has been much debate over exactly where this was and it seems that the most likely place is Gupshill – and this has led to the speculation that Marguerite spent the night at Gupshill Manor – now a pub. 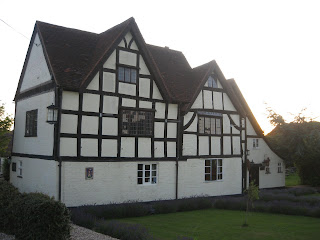 Edward it is believed took the ‘upper road’ which corresponds roughly to the modern A38. At Cheltenham Edward received news that the Lancastrians had reached Tewkesbury and had stopped. His men had marched 31 miles that day and must have been exhausted, but Edward allowed them only a short rest before marching them a further 5 miles to the village of Tredington, just 3 miles from Tewkesbury and the Lancastrians – he had no intention of losing his quarry again.
I find the resilience and determination of the soldiers on both sides incredible. Think how you would feel if you had just marched 31 miles in hot weather in full kit only to be told to march another 5! Oh and by the way you’ll be fighting a battle in the morning!