As my new WIP comes up to Bosworth Field, I may have found a new character we haven't met before: Sir Thomas Markenfield. Quite how he will fit with Thomas Conyers and Sir John de Laverton we will have to see, but it's certainly going to be interesting - you know what Jack is like!!!

Markenfield Hall is in North Yorkshire, near Ripon. The present house dates back to 1310 when "Licence to John Merkyngfeld, King's Clerk, to crenellate his dwelling house at Merkyngfeld Co. York 2 Feb 1310" was granted. The nearby lordships of Middleham and Sheriff Hutton were inherited by the 'junior' branch of the Neville family in 1453 and had been administerd by Richard Neville, 16th Earl of Warwick until his death at Barnet in 1471. Edward IV knew how vital these lordships had been, both to Warwick's northern powerhouse, and to maintaining the border with Scotland and therefore granted these estates to his then 18 year old brother, Richard duke of Gloucester.

Since the fourteenth century the manor of Markenfield had leaned towards the Nevilles, even though the Percy manors of Spofforth and Topcliffe are closer to Markenfield than Middleham. This was because most of the family's estates were in Richmondshire and the feudal infrastructure of the independant lordship of Richmond meant that military service remainded at the heart of the relationship with the lords of Richmond, which had been the Nevilles since Ralph Neville had been granted the lordship by Henry IV. The lordships of Middleham and Richmond were integrated into one administration, and it was this complex of Warwick's that Edward IV settled on Gloucester and with it the allegiance of the Markenfields. In 1431-2 John Markenfield had served under Richard Neville, earl of Salisbury (father of the earl of Warwick) in France. His tomb effigy in Ripon Cathedral wears a Neville livery collar as depicted in the Neville Hours showing Ralph Neville and his family at prayer. 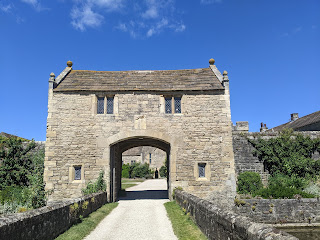 It is not known when Thomas Markenfield married Sir John Conyers' (the steward of Middleham) daughter Elinor, but when he did so, he was joining the family business. Markenfield was formally retained by Gloucester on 11th December 1471. He was paid a fee of £10 per annum from Middleham, the fourth highest fee of the 27 knights and esquires retained by Gloucester up to September 1473. Pollard has suggested that a personal bond formed between Gloucester and Markenfield as, unlike most of the retainers, Markenfield was only some 5 years older than Gloucester. Markenfield's second son born c1476 was named Ninian. Ninian was a saint known to be favoured by Gloucester, and it is possible that Gloucester was a Godfather to the child, who may have been Christened on the saint's feast day of 16th September. 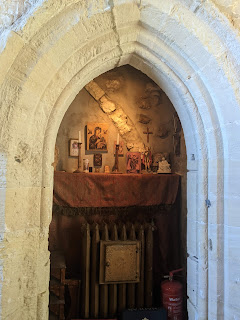 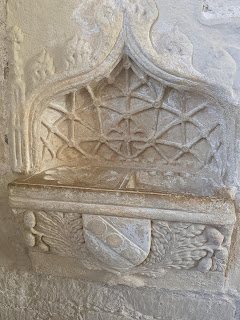 There is no record of Markenfield's service to Gloucester before 1483, but as the indentures from Middleham were most importantly militrary in aspect, as with Warwick, it is likely that Markenfield went with Gloucester to France in 1475 and perhaps shared with him the disappointment at Edward IV's settlement. He probably also campaigned in Scotland with Gloucester in 1481 and 1482. 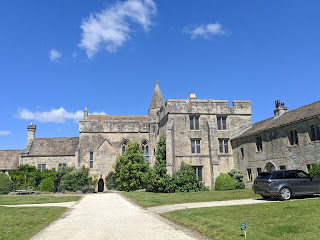 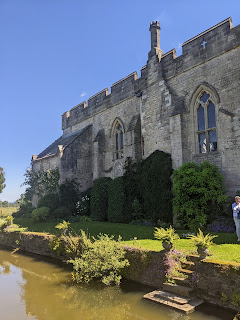 He was later made a knight of the body to Richard and pricked as sheriff of Yorkshire and by the end of 1484, Sir Thomas Markenfield was at the very heart of Richard III's regime. 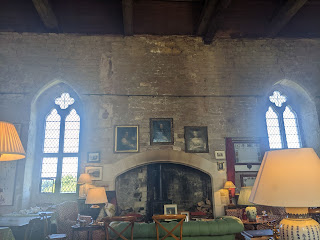 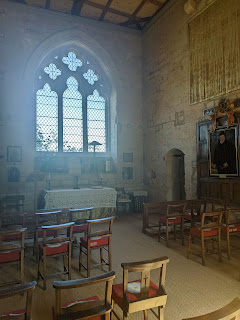 It is unclear whether Markenfield fought at the Battle of Bosworth. The 'Ballad of Bosworth Field' identifies him as one who came to the king on the eve of the battle, which would then mean as a knight of the body he would have fought alongside Richard and participated in the last charge. However, as sheriff of Yorkshire his duty was to raise troops for the king in the company of the earl of Northumberland who, for whatever reason, did not engage. Since Markenfield was not among those charged with treason by Henry VII (dating the start of his reign to the day before the battle!) it is unlikely that he fought, though he was one covered by a genreal pardon to the men of the north. He did take out a pardon, though specifically for his period of service as sheriff, as was usual practice. He was not one of the Ricardians placed under a hefty bond for future good behavior by Henry VII and attended upon him in York in May 1489. He came to terms with the new regime, much as his father-in-law, Sir John Conyers had done throughout the previous turbulence, and, as Henry Tudor was the true earl of Richmond it was perhaps the older fealty that held sway, especially as Markenfield had only been retained by Richard for the duration of Richard's lifetime.