I have been tagged in the Meet My Character Blog Hop by fellow indieBRAG honoree author and historical re-enactor Paula Lofting and if you click the link you will be able to read her excellent post about her amazing character, Wulfhere.

These are the questions Paula asked me:

What is the name of your character? 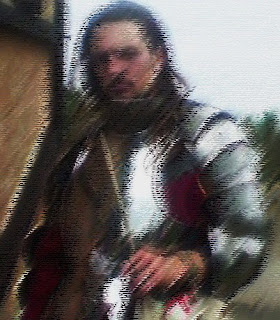 Is he/she fictional or a historic person?


Jack is a fictional character fast developing his own fan club! He was described by one reviewer as 'half knight in shining armour, half seductive rogue'. I regularly get asked when there will be another novel involving Jack.
Although Jack is fictional his experiences are typical of those caught up in the dark times of what we know as the Wars of the Roses, where blood wasn't always thicker than water!


When and where is the story set?


Jack’s character was prominent in ‘The Colour of Treason’, but the new book is set some 10 years earlier in the Wars of the Roses, at the Battle of Towton in 1461, where we learn the origin of Jack’s conflict with the hateful Master Higgins.  This book is the first in a planned series of Jack’s adventures.


What should we know about your main character?


Trouble has dogged Jack’s existence from his illegitimate birth to the baggage cart her finds himself in on the eve of the Battle of Towton; the battle which sees Edward of March gain the throne of England and become Edward IV. Edward's hold on power is tenuous as the Lancastrians flee into the English/Scottish border lands, later famous for the Border Reivers.


What is the main conflict? What messes up his/her life?


Jack’s illegitimacy puts him in conflict with everyone as he sees the world quick to judge him harshly.


However a single act of courage brings Jack to the attention of the most powerful man in the country, the Earl of Warwick, and Jack enjoys rewards he could not have dreamed of. But things go badly wrong when Jack is betrayed and is forced to leave the earl’s company, unable to clear his name.


What is the personal goal of the character?


Jack encounters a brutal enemy – Sir Robert Hasard, a man with strong influence in the wild border lands, who is also in possession of the thing Jack desire’s the most, his father’s ancient black sword. Without the sword Jack cannot return home and cannot lay claim to the inheritance his father promised him. And Jack being Jack, of course there is a woman involved too!


Is there a working title for this novel, and can we read more about it?


The book’s working title is ‘For King and Country’. There is a draft preview to read on my website: http://www.smharrisonwriter.com/for-king-and-country

When can we expect the book to be published? 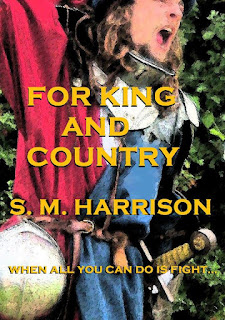